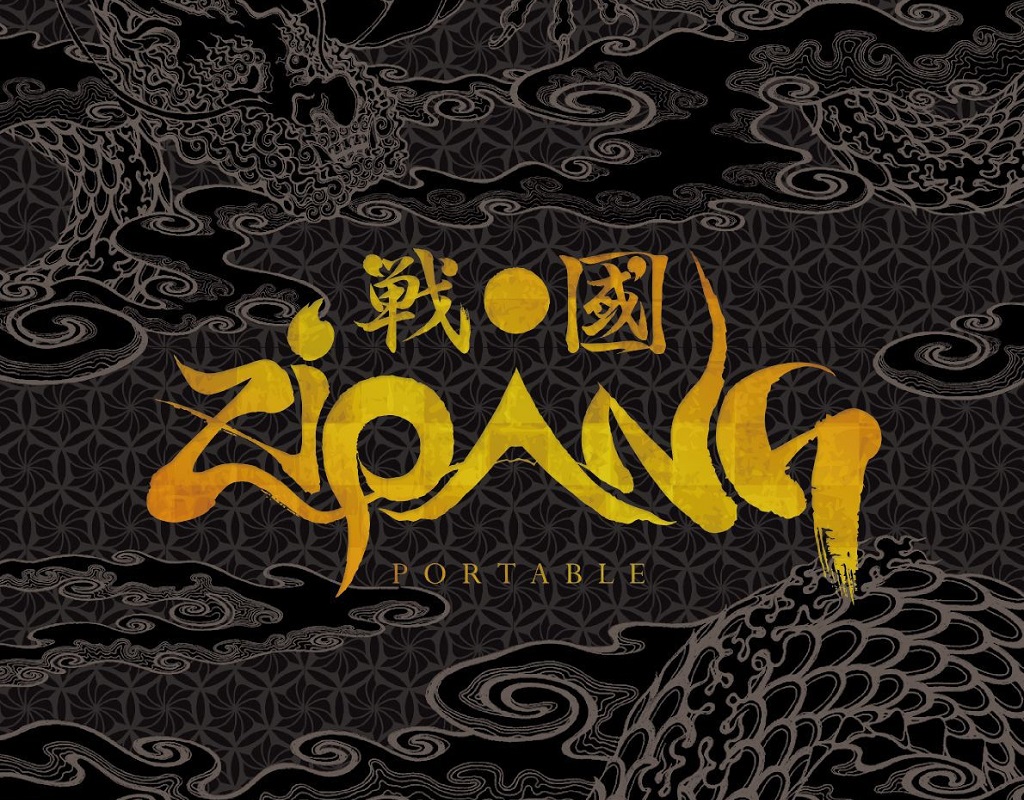 Zipang Portable is a card game for 2 to 6 players designed by Ko Sasahara. Set during the Sengoku period in Japan, players are vying for wealth in a country where everyone is afflicted by war.

The goal of the game is to have the most mangoku coins. This is done by winning rounds called campaigns and earning the pot of mangoku coins for that round. Similar to Love Letter, players draw a card on their turn and then discard one to activate its ability. However, unlike Love Letter, Zipang Portable plays up to 6 players, and has more strategy and choice. Players always have two cards in hand and draw a third card on their turn. In the many games I played, there were several times where I made good or bad moves that affected the outcome of the round and could have played out differently. Whereas, sometimes Love Letter feels like it plays itself. If you enjoy Love Letter, Zipang Portable still involves the process of trying to determine what cards your opponents have in hand, so you can attack them while their defense is weak. Or end the campaign when you have the most honour. The game ends when one player has no coins to begin a new campaign with and the richest player wins.

One of the excellent things about Zipang Portable is how competitive it is. By that, I mean that all players are always in contention to win. In some games it can be disheartening when a player gets out to a big early lead. The leader can change quickly and several times through a game, making it important to execute your strike to gain the lead in the round when the game will end. Since the game ends when one player is out of coins at the end of a round, lead players are encouraged to pick on players with few coins to end the game while they have the lead. On the other hand, leading players become big targets for cards like Princess that steal half the coins from a player or the center pot.

The combat system in Zipang Portable is simple and elegant. Specific character cards can initiate a battle with a specified strength and against a number of players. For example, Warrior attacks one player with 5 battle strength. Players must reveal their hand to the attacker showing cards with a battle value total of 5 or greater to defend. Thus even a failed attack provides players with useful intel for future rounds. One of the cool and thematic ways to start combat is by getting two peasant cards in hand. Individually these cards are worthless, but banded together they can start a peasant revolt or “ikki” attack of 5 strength against all players.

Zipang Portable has polished mechanics to ensure the best possible gaming experience. Each round a coin is removed from the game, acting as a countdown mechanic to avoid a never ending game that drags on. Players can attack players who haven’t had a turn in that campaign yet, but those players can choose to pay an additional mangoku coin to stay in and not show their hand to the attacker. Losing because of the randomly dealt cards before you even get to do anything does not feel great. I know because I was eaten in Evolution before I even had a turn (though I did come back to win). This mechanic allows players the opportunity to do something about their unfortunate circumstance. If they have powerful abilities in hand with low battle strength, putting in another coin means nothing if they plan to win it back. This also provides another avenue to get more coins in the pot for that campaign. These minor rules culminate in a well-designed game and an enjoyable gaming experience for all players.

Due to the quick game lengths, portable size, and capability of supporting more than 4 players, Zipang Portable has become my go-to game for lunch breaks. If there isn’t something else I want to try, I bring Zipang Portable to work. Or I bring it anyways and squeeze in a game after some other 30-40 minute game.

Zipang Portable is a well-designed game with beautiful card art straight out of feudal Japan. If you have been over playing Love Letter, it is time you graduate to a better game. This is a high quality filler game that I will keep in table rotation for a long time. Successfully funded on Kickstarter, Zipang Portable is now available online and in your local game store.