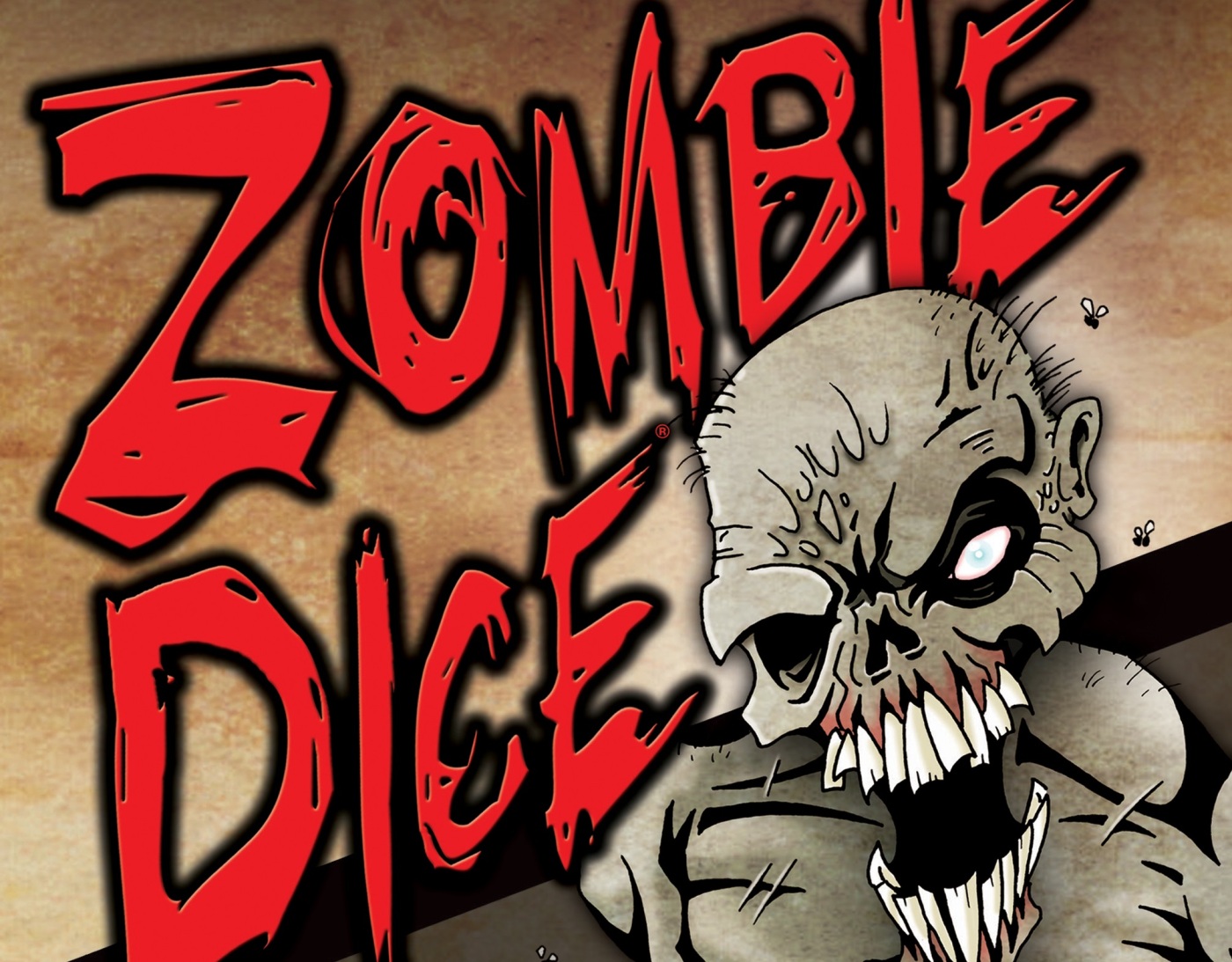 Zombie Dice is the popular press-your-luck dice rolling games about eating brains and avoiding the receiving end of a shotgun. Released by Steve Jackson Games, Zombie Dice plays with groups from 2 to as many as you like, in under 20 minutes. Zombie Dice Horde Edition brings together the classic game with several expansions all in one box.

Watch the video below to see what dice are included in this edition and how they are used. If you have never played Zombie Dice, fear not, this video covers the original rules as well. 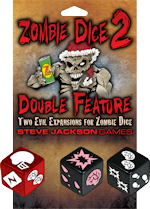 The new dice added in Double Feature don’t add more choice, you still just press your luck or score brains. Instead new actions and rules are added that mix the game up a little. The Santa die in particularly in pretty cool because it has actions that are quite useful. Plus the anticipation of the original game is amplified as you hope to pull the distinct red die. The Hottie and Hunk dice are a bit less exciting, but the new “rescued” rule might affect whether you keep going or not. If you roll double brains on the Hunk die, you might not want to risk getting blasted by the Hottie and losing those brains. 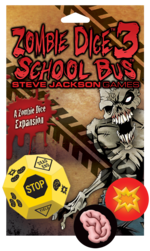 Four new action symbols are introduced with the jumbo twelve sided school bus die. This die adds more choice to the original game, with the option to be a little riskier and get on the bus. Players can potentially score brains much faster, but they also risk taking lots of shots or getting hit by the bus and losing a brain. The new actions are typical things you’d see in zombie films. Stuff like humans getting cornered for a brain buffet, and big vehicles running over zombies. Not to mention, just the simple fact that you are rolling a huge d12 makes the game extra fun. If I had to get only one expansion, I’d get the school bus one. But I don’t have to make that choice because I can get them all in the Horde Edition!

Is Zombie Dice Horde Edition Worth It?

If you haven’t played Zombie Dice, then yes it is worth it, perhaps even more so (you get to play a new game). Zombie Dice is a super quick filler that is suspense filled every time you reach into the bag. You can even try it out for yourself with the free Zombie Dice app. However, I would caution that the act of rolling physical dice and the surprise of drawing random dice is a big part of Zombie Dice’s appeal and that experience doesn’t translate to the app.

If you already have a copy of Zombie Dice, you aren’t gaining much value from buying the Horde Edition rather than getting the expansions individually. Do pick up the expansions though, at least Zombie Dice 3: School Bus. 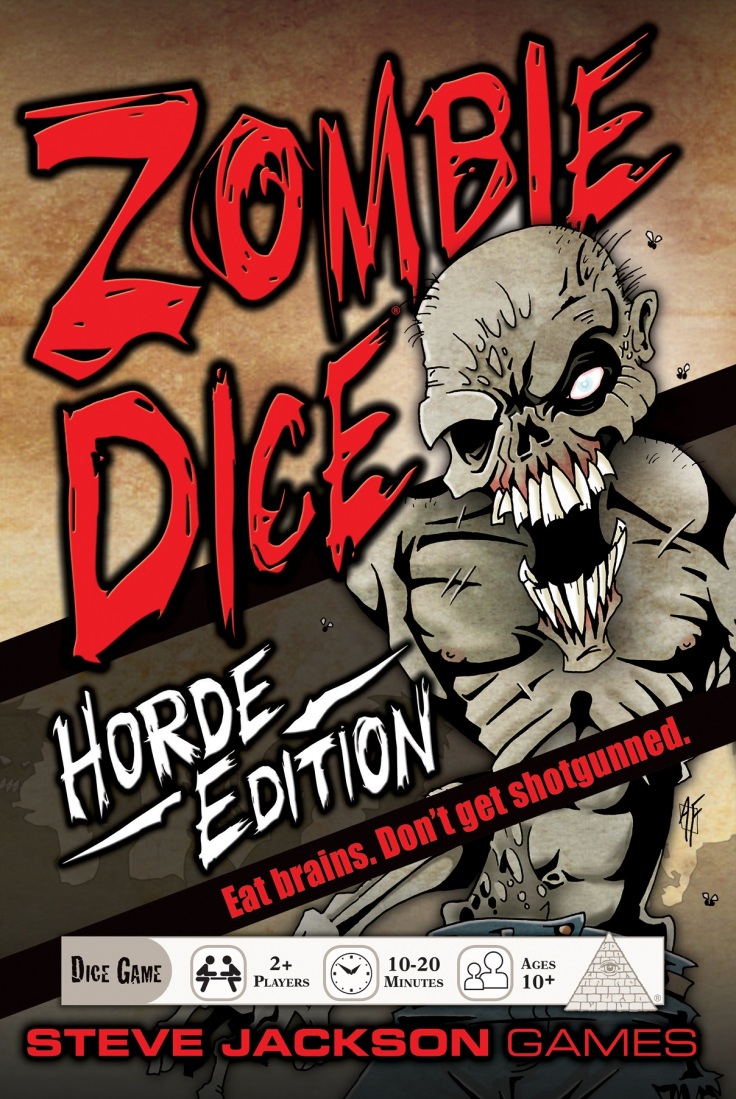 Zombie Dice has been a staple in many gamer’s collections since its original release. A portable party game with all the fun of chucking dice. Zombie Dice was a game I planned to pick up eventually, even just to have around for casual gaming friends who know of it. The availability of the Horde Edition is the perfect time to get yourself a copy of Zombie Dice, if you didn’t have it already.