Harry Potter: Magical Beasts is a board game from Pressman Toys for ages 8 and older. Play as Harry, Ron, Hermione, and Ginny exploring the grounds and halls of Hogwarts looking for information to track down various magical creatures. Sounds like something Newt Scamander would be into, let’s see how it played.

Harry Potter: Magical Beasts is a simple set collection game targeted at kids. Players take turns rolling the die and moving the specified spaces. When a player moves onto or over a clue space, they draw a card of that matching category. There are four different categories of cards: Ministry of Magic classification, size, location, and color. The first player to gather four cards matching a creature on their reference board wins the game. The unique part of the game is that the board flips between inside and outside of Hogwarts. The board needs to be flipped during the game to gain access to different types of cards. Whenever a player rolls a P, they move to any passage space and flip the board. Any players who didn’t end their turn in a passage space will be knocked off the board. The player who rolled P gets to place all characters knocked off the board wherever they want and steal a card of their choice.

I think when looking at this game, it needs to be taken into consideration that it is for kids. It is not a good game for adults and is not up to modern board game standards. It is almost completely luck-based and contains very little strategy. However, it is a fun game for kids and gets them interested in board games. The flipping board is a cool aspect of the game and was the one thing I really enjoyed as an adult playing the game. The rules say to remove characters not on passage spaces when a P is rolled, but it was far more fun to launch them off the board as you flip it. I can see this being very exciting for kids getting to be the one to flip the board.

There are very simple decisions to make which can introduce your children to strategy. These are things like determining where best to place an opposing character so they are far from spaces they need to complete a set or determining the shortest path that passes through the most clue spaces to get more cards. However, most choices don’t really matter because it is the luck of the draw. 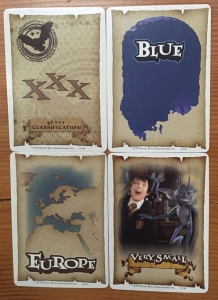 Even playing with competitive adults, you could make every optimal choice possible and still lose because a player draws the cards they need or always rolls big numbers. Collected cards are kept in category stacks, so when stealing, players may only take the top card of any category. This allowed players to protect cards for the creature they are trying to track. In one game, I had far more cards than other players (from a few steals and good rolls) and was protecting several different combinations to win. The player before me had less cards and only one category with multiple cards, but they drew exactly what they needed to discover a creature. I had several in each category, but none that completed the requirements of a creature. They instantly win and there is nothing I can do about it. I think something like needing to race back to a specific location inside Hogwarts to present your research to Dumbledore or Professor McGonagall would have been a better end game. It gives other players the chance to get the last card they need on their turn and possibly make it back before the other player.

As far as Harry Potter: Magical Beasts being something a Wizarding World collector might want, there are some things to note. The board images make the board very busy and are irrelevant to play. There are rooms pictured within Hogwarts, but there is no reason or benefit to go in the rooms. Thus, the Harry Potter theme feels mostly surface level. Additionally, to allow for character pawns to stay in passage spaces when the board flips they are round plastic standees with stickers. Harry Potter minis would have been way cooler, but are not as functional. 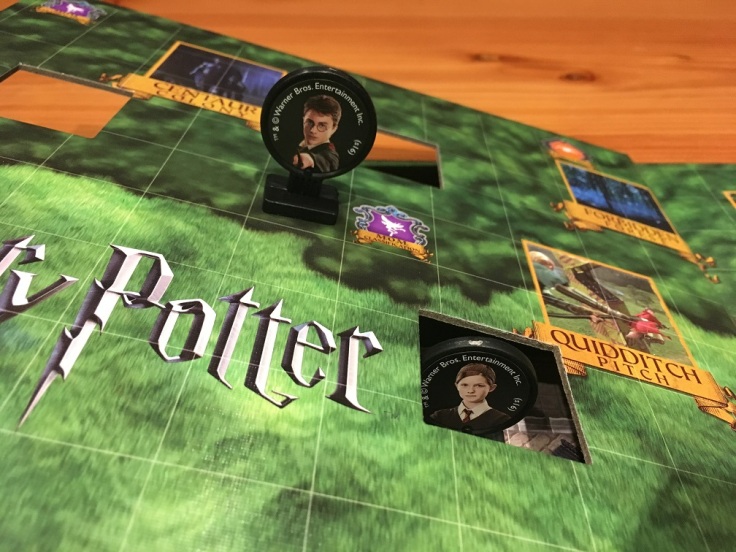 As a kid who read the Harry Potter books, I would have enjoyed playing this game. As an adult who has played a massive amount of games, it doesn’t hold up as a great board game. For that reason, I can really only recommend it for young kids. Anyone else will be bored with it quickly. If you are need a gift for a young Harry Potter fan on your list, Harry Potter: Magical Beasts is a good option to try something different from classic family games. Pressman Toys also offers a Harry Potter themed version of Trouble, if you want something more familiar. This version adds spaces that make players draw event cards when they land on them.